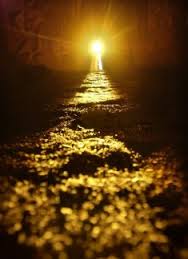 Love set you going like a fat gold watch.

The midwife slapped your footsoles, and your bald cry

Took its place among the elements

The body is rooted, but the mind, the mind travels constantly, back and forth through places and moments and memories, with scant regard for time or space, borderless and often rudderless. It can be a smell, a sound, a touch or simply the leafy dance of the sun on a wall that sets it off. I’m in the maternity hospital in Limerick. In my arms my hour old son. I’m looking down at him and my wife Liz sits on the metal bed opposite. The ward is wearing a snug quietness. Lunch has been served and visiting hours are over, mothers and babies resting in the aftermath of childbirth, sun streaming through the leaves that dance at the window and dapple the walls. There’s the distant din of traffic from the city and the place has the air of a field hospital behind the lines, a sense that war wages elsewhere but here there’s a brief reprieve. As I look down into my son’s eyes, I hear a piercing anguished cry from down the ward and an echo washes over me, and the mind is off on its travels. Places like these, human institutions where transition has long settled are warrens of echoes.

I’m in a classroom in Phnom Penh, Cambodia. Here too there is a stillness. There is a suggestion that a city moves outside the grounds but this place is not concerned with the sounds of life moving on. Long fingers of sunlight caress the walls through iron bars on the windows. The building is ordinary from outside, flanked in front by a row of palm trees, manicured lawns and assembly areas. Once children played here. Now it is the Tol Sleung Genocide Museum. Liz and I are on our honeymoon and we are visiting between cocktails, out of duty more than anything, it being, as it seems, one of the places one visits when in the city. During Pol Pot’s revolution twenty thousand people were brought through these school gates for their lessons, only three were left out after class alive. Everything here is as it was found, metal skeletons of beds in the classrooms, manacles attached trailing on blood stained floors, thousands of black and white mug-shots line the walls. Some of them are smiling. Here is a place where inmates were sliced open and had organs removed with no anaesthetic, others were attached to intravenous pumps, every drop of blood drained from their bodies to see how long they could survive, others skinned alive. Electric shock, disfigurement, burnings, the jailers here dug deep in the pit of depravity till they could dig no more. Here is a place so soaked in atrocity you wear it afterwards like soiled skin and I’m here with my son in this place. I look down at him and I want to put him back inside. Back into his mother. And then I say to him, I’ll never let something like this happen to you, you’ll be neither prisoner nor jailer in a place like this. Even as I say it I know this is a promise I cannot keep, the world has him now and will do with him as it wishes.

Briefly, I’m back in the maternity ward, I look away out into the corridor. Here comes the next echo. I’m in another classroom, my old alma mater, Ard Scoil Ris, just down the road from the maternity in the leafy Ennis Road suburbs. Again we have the sun pawing at the windows, the corridors are empty save for the smell of floor polish and piss and the weather is good because it is exam time, and the weather is always good when you are doing exams. I’ve finished my last exam of the leaving cert. All the other students have gone. It’s my eighteenth birthday. I should be elated, but I’m not. I don’t know how I feel as I walk the corridors alone. For the first time I look at the old class photos that line the walls. Some of them are smiling. I start at one end where they are black and white and walk along taking in every face, the black and white soon becomes colour and I’m swimming in faces but can’t stop until I come to last years photo and the faces have run out and there is a blank spot on the wall where our picture will be soon, where my face will sink in a soup of faces. I stand in the hallway and I want to scream so that my scream fills this place and never leaves, that my scream levels the walls around so that I’m standing in a pile of rubble. I want to scream out into the hollowness with a defiant roar. But I don’t and the scream curdles inside of me and I walk out the gates of the school an adult.

And now I’m down the road in the hospital again, child in my arms, looking into the innocent ink of his eyes, we’re two strangers meeting for the first time, I know nothing of him and he of me, I have no idea how he’ll be or what he’ll be or where he’ll end up. But we clamour always for certainty and security and I want to promise him something concrete, a promise I can be sure I’ll keep. The nurse is here, pulling back the curtain and the world is at our doorstep, waiting. Liz holds out her hands to take him back. Women are angels. They have more respect for life having experienced the pain that bears it. I look up from my son and over to Liz. She is beaming at us, face saintly with a sheen of love, a balm from her soul that is soothing the memory of the pain and torture of childbirth. She has no idea what I’m thinking or where we were. This is good– mothers of sons shouldn’t have to think on such things. I hold him tight and look in his eyes, all I can promise you is love I say, maybe you’ll be my echo little man, you’ll be my echo?

2 thoughts on “Echoes- On the Birth of my Son”